skip to main | skip to sidebar

It is time to stand up and be heard, stand in the gap, and proclaim the truth! 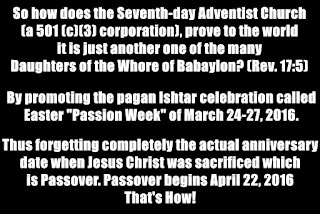 Posted by You Are Israel at 6:28 PM No comments:

Watch this. This is how easy it will be to stir up those without Jesus Christ to demonize those that exercise their Freedom of Choice and Conscience!
Voting isn't going to help.

People need the Heavenly help from the only one that can provide it...Jesus Christ!

Posted by You Are Israel at 3:34 PM No comments:

What choice would you make?

The Light of Truth in God is not afraid of questions!In fact, evidence demands them.

Whether one chooses to believe or not, from the Christian viewpoint this is actually the Righteous way to consider man's/Satan's government on earth. One of utter indifference for we are "ambassadors of Christ" and if I'm not mistaken an Ambassador represents the "character" of the country they are from. Why would we as Christians purposely enter into Satan's sophistry of politics?

This is the question everyone must answer for themselves. Politics is a verbal warfare between individuals and groups. Is that the Christian way? Did Jesus ever travel to the Roman seat to plead His case?

Satan's way is force, fear, intimidation, manipulation and above all, deception! Why do we, feeble and helpless mankind, who have no defenses against Satan's way without Faith in the Sheild of Jesus Christ's righteousness, insist we can somehow 'change the world' by using Satan's methods?

Remember the early Christian believers circa 100-300AD, where freedom of conscience was attacked to the point whole families were fed to lions in the Roman coliseums or dipped in tar and set ablaze as torches during the nights of revelry for the belief that Jesus Christ was the King of the World.

Would you be willing to be fed to lions or used as a torch for your belief in Jesus Christ? 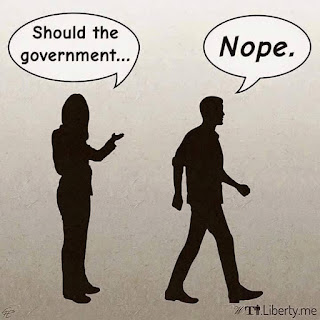 Posted by You Are Israel at 1:16 PM No comments:

Um, Pastor Hagee...Abraham was a Gentile.

Someone needs to remind Pastor Hagee that when God blessed Abram and later entered into a covenant with him that Abraham was a gentile, not an Israelite. He also needs to be reminded that all, not some of the nation's were to be blessed through Abraham's seed and that seed is Jesus Christ.

While I can't speak to Pastor Hagee's motivation I can speak to his doctrine. His doctrine is as crooked as a three-dollar bill as my dad used to say.

Pray for Pastor Hagee that he gives up on this terribly false doctrine.

What's in a name?

I sometimes debate with atheists/evolutionists on various web site forums. It's a bad habit of mine! Usually, for the most part, these discussions can be quite reasonable and cordial. I do try hard to answer questions about the Bible honestly and fairly noting that many atheists it seems have a lot of misconceptions with God's nature and character and the Bible in general.

For example one question I like to ask the atheists/evolutionists is, "Shouldn't Christopher Higgins change his name?" I mean most names have a meaning attached to them. Mine for example, David, means "beloved." Biblical names have meaning.

Christopher is a derivation of a Biblical name, or in this case a title and is of Greek origin. It means "bearing﻿ Christ inside". Higgins is obviously an atheist so I doubt he's bearing Christ on the inside (not saying that there isn't hope one day that he will!). I mean to be consistent one would think that the first thing an atheist would want to do is change their name once they become an atheist. It seems to make sense; to automatically want to divulge themselves of any name that has Hebrew/Biblical origins, right?

Christopher Hitchens, from what I've been told about his huge brain and wonderful intellect is, apparently, not like "other people" (though he puts his pants on one leg at a time like﻿ you and I do). I just think such a grand thinker as Chris is would have "thought" about this and changed his name accordingly.

Just an observation. Carry on!
Posted by You Are Israel at 2:09 PM 2 comments:

You Are Israel
Fillmore , California, United States
David Moorman is a follower of the Lord Jesus Chris and a member of the Seventh-day Adventist Church. He currently resides in Fillmore, California. He can be reached at 805-846-6114.